At Holos, we believe that your Home in VR should be just as interactive as the worlds you launch from it. That’s why we’ve built an unprecedented spatial interface that lets you craft your 3D computing environment to your preferences and keep your favorite VR apps within arm’s reach by flicking your wrist to activate the mobile interface. It’s fully interactive and customizable, built for Oculus Rift and HTC Vive headsets and controllers, with robust Leap Motion support on the way. We encourage openness and don’t want to put walled gardens around content, so we allow you to import apps from Oculus Home, SteamVR, and any third-party apps that you have stored on your hard drive.

We are also excited to introduce our end-to-end web ecosystem. Creators can now not only develop web apps to be used within Holos, but can also distribute their creations to be used by every Holos user. Web apps come in three forms: Cards, Slates, and WebVR experiences. An app can be a widget, a full window, or a world, depending on how users want to interact with the content that creators put forward. In building a framework off of the web, we’re tapping into the largest and most open development community in the world.

Holos comes at a critical point in the evolution of VR/AR. Smartphones didn’t take off until mobile interfaces and apps were built around multi-touch and took advantage of the native features built into the devices — such as GPS, the embedded camera, and constant connection to the internet via cellular networks. Companies like Apple, Google, Uber, and Instagram took advantage of this early on, building their products around the technology rather than trying to make the technology fit their products.

Any new computing platform needs to be developed from the ground up to realize that potential. For virtual reality to succeed, it must be more powerful and intuitive than the 40-year-old point-and-click input paradigm. With second-generation VR now on the horizon, we’re facing controller-free inputs as a major catalyst for virtual reality as a medium. This is why our team is currently working on a major integration with Leap Motion’s technology and Interaction Engine so that the experience feels natural and intuitive.

We believe in a future in which the interface flows and creates a personal, powerful, and immersive experience for each individual person. We want to create a 3D computing environment that augments your computing abilities to the point where navigating and interacting with content doesn’t feel like a chore — but flows in the way football does for Aaron Rodgers, martial arts for Bruce Lee, or dancing for Shakira. We’re creating a space where you have agency, feel powerful, and are in control of your own reality.

We anticipate a full-scale public launch for Holos in Q4 this year. We will be seeding out our beta to our initial alpha users as well as Leap Motion and web developers. Everyone can signup here. We’ll be rolling out our beta more comprehensively in the coming weeks and months.

So, welcome to our beta. Find your Flow. 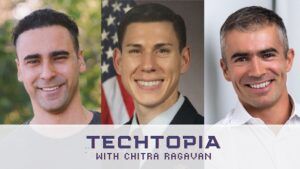 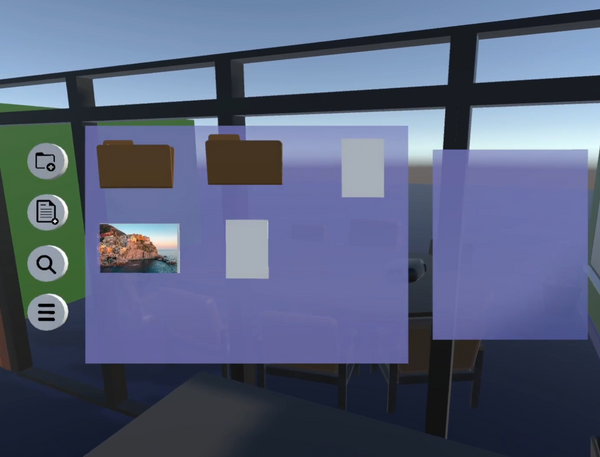 In this guest post, students at UW-Madison talk about their collaboration with Holos for their Virtual Reality User Interface Project, where they had the opportunity to create a novel file manager in VR over the course of three months.